In Greece although it may sounds strange the oldest and most important form of tourism has always been religious. The location of the country made her a complete melting pot of several different religions ever since prehistoric times in the bygone age. The inhabitants have been exposed to all of them, fact that allowed them to absorb strong elements of each religion.
Birthplace of Dodekatheism , the 12 gods of Olympus,  all impersonations of different aspects of human characters and personas. Dodecatheism still has strong believers believing in the energy of the Gods and the land they choose to live.

Then the period of Byzantine with its many temples and monasteries can be shown untouched from time in Meteora and Mystras still demonstrating the brilliance and religion belief of this civilization. Ottoman period and its influence all leave their marks in whole towns with splendid mosques and temples.

Despite all these eras that passed Greece and its people have always been faith in Christianity and Orthodox, not accidentally the starting point of Saint Paul’s Preaching (BEMA) and how we found the first Basilik Church in Philippi.

The Greek people remain strong believers and it is a custom to them to express their religious sentiments, their deep faith and their reverence for God, a key characteristic of the Orthodox faith for more than2000 years and still.

Some of Greece’s most important religious centers include the monastic community of Mount Athos, the impressive monasteries of Meteora, the Cave of the Apocalypse and the Monastery of Saint John Theologos on Patmos (Saint Paul’s BEMA) and the pilgrim destinations of the Madonna (Panayia) of Tinos, the Panayia Soumela, the Panayia Ekatontapiliani and so many others
Our recommendations are 4 different religious programs each one giving you the opportunity to visit the major sites.
As in all of our recommendations you have the ability to choose the places you want to visit and we will provide you with a detailed, tailor made program.
CONTACT US
Photo Gallery 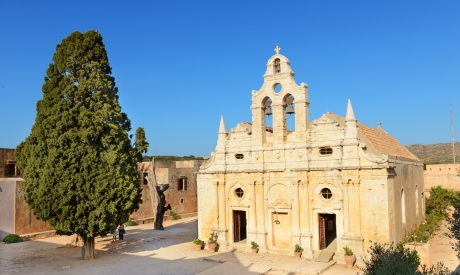 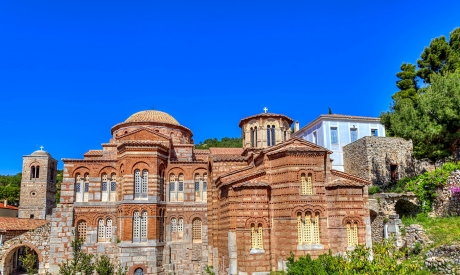 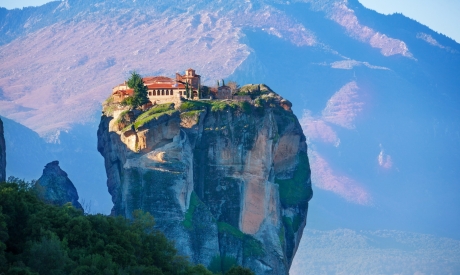 ON THE FOOTSTEPS OF ST PAUL: The origins of Christianity
TOUR THE BYZANTINE EMPIRE
TOUR OF OTTOMAN GREECE
TOUR OF THE GREEK ORTHODOX CHURCH