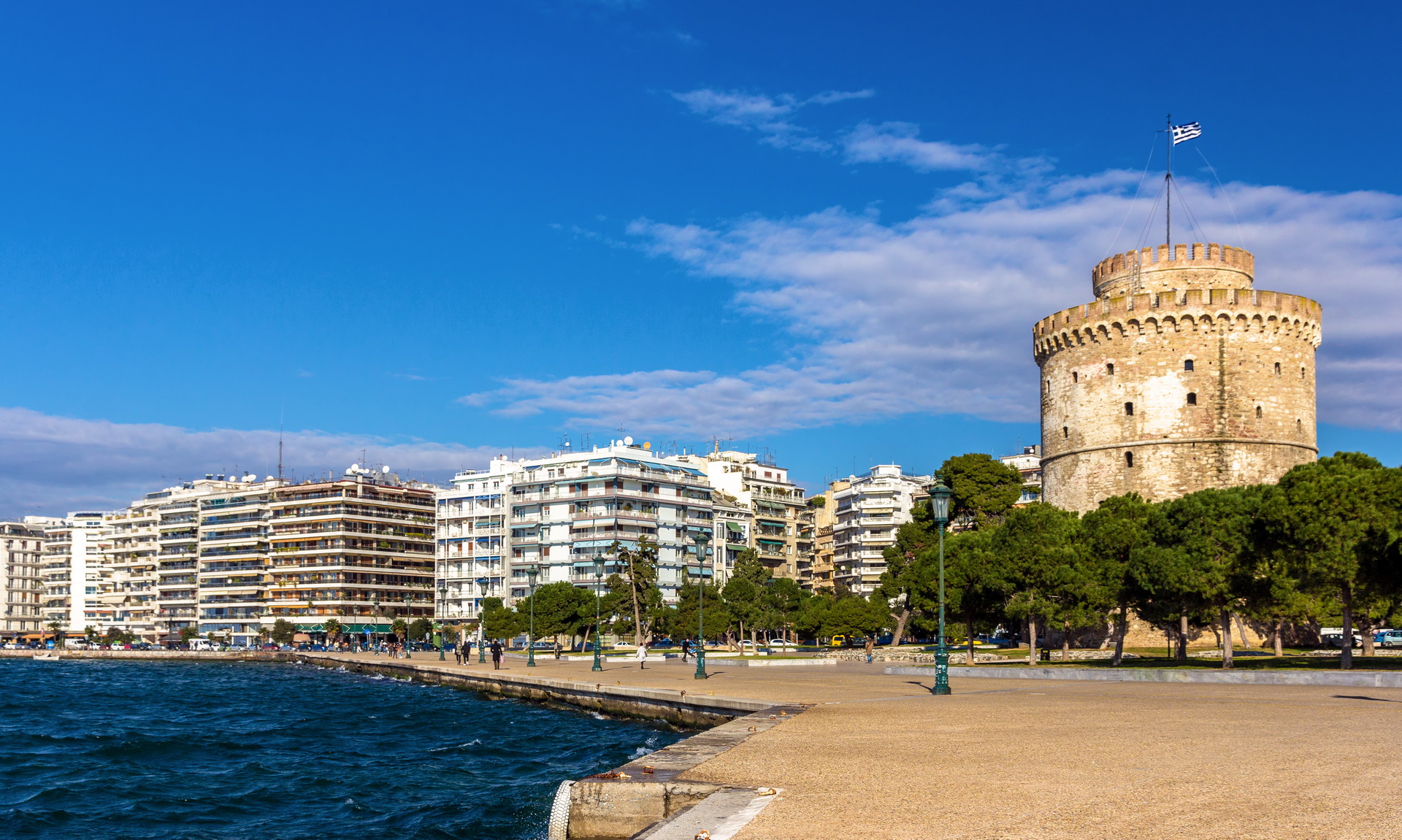 The Thessaloniki Panorama tour lasts approximately 3 hours and it is a relaxed private tour that allows you to make the most out of your visit in the city. It combines the modern and ancient parts of the city and is truly worth to take.

09h00: Departure from your hotel by private bus
-         Visit the UpperCity and its Citadelle (Heptapyrgion)
On the north of Thessaloniki lies the Upper or Old Town, the only part of the city that survived the big fire of 1917.
The Upper Town will make you feel as if time stood still; you’ll immediately be stricken by its unique style,
so different from that of the rest of Thessaloniki that will travel you back to the city’s Byzantine past.
Because of its location, it is where the city’s main fortress and other defensive structures (Eptapirgion, Trigonio Tower)
were built during the Byzantine and Ottoman period. A large part of the Byzantine Walls that surrounded Thessaloniki
has been well preserved, adding to the beauty of the city’s Acropolis.
-         Heading  to the LowerCity including St. St Demetrius Basilica,  St Sofia, Galerius Arc, Rotonda and the White Tower
12h30: End of the tour

The Museums of Thessaloniki tour lasts approximately 3 hours and it is a relaxed private tour that allows you to visit two of the most important museums in the city.

09h00: Departure from your hotel by private bus
09h15-11h00: Visit the Archaeological Museum of Thessaloniki
The AMTH is considered one of the country’s most important museums. Museum collection includes findings from the area of Thessaloniki and the wider northern Greece.
The eight permanent exhibition units, structured thematically, represent all aspects of private and public life in antiquity.
11h00-12h30 : On to the Museum of Byzantine Culture
The Museum of Byzantine Culture aims at presenting various aspects of life during the byzantine and post-byzantine periods: art, ideology, social structure and religion, as well as how historical changes and the political situation were affecting people’s everyday life.
The Museum was awarded the Council of Europe Museum Prize for 2OO5.
12h30: End of the Tour The Vergina & Veroia tour lasts approximately 7 hours and it is a relaxed private tour that allows you to visit two of the most important museums in the city.

08h30: Departure from your hotel  by private bus
09h30-11h30: Visit the archaeological site of Vergina  (the Royal Tombs)
The ancient city of Aigai, the first capital of the kingdom of Macedonia was brought to light. The richness of the finds is rare and of incalculable archaeological and historical importance, so much so that the territory of the kings of Macedonia, the land of Philip and Alexander the Great, Eurydice and Olympia, were designated a World Heritage Site by UNESCO
The royal tombs, the cemetery of burial mounds with the abundant offerings from the Iron Age, the Palace, the Theatre, the Temple of Eucleia, the Acropolis and the city wall, are the living history of the Macedonian kingdom.
12h00-12h30 : Short visit of the city of  Veroia including  the ‘Bema’ ,where St. Paul preached, part of his footsteps in Greece
12h30-14h00: Lunch in a local traditional restaurant in Veroia’s old town
14h00: Return to Thessaloniki
15h00: Arrival in Thessaloniki; end of the tour. FULL DAY CRUISE
The Cruise around Mount Athos lasts approximately 11 hours and it is a relaxed private cruise that will leave you unforgettable memories.
08h00: Departure from Thessaloniki to Ormos Panaghias
09h30: Embarkation and departure on a cruise around Mount Athos Monasteries
Mount Athos, an Ortodox Spiritual Centre, rises fascinatingly up to 2000 metres above sea-level, covered with virgin forests of an enchanting natural beauty.
This incredible peninsula has universally been the only territory dedicated to the worship of God and the Holy Virgin Mary, “Panaghia”, for over a millenium now and is solely inhabited by monks.
Short stop in Ouranoupolis and lunch in a traditional tavern
17h30: Sail back to Ormos Panagias and then drive back to Thessaloniki
19h00: Arrival in Thessaloniki