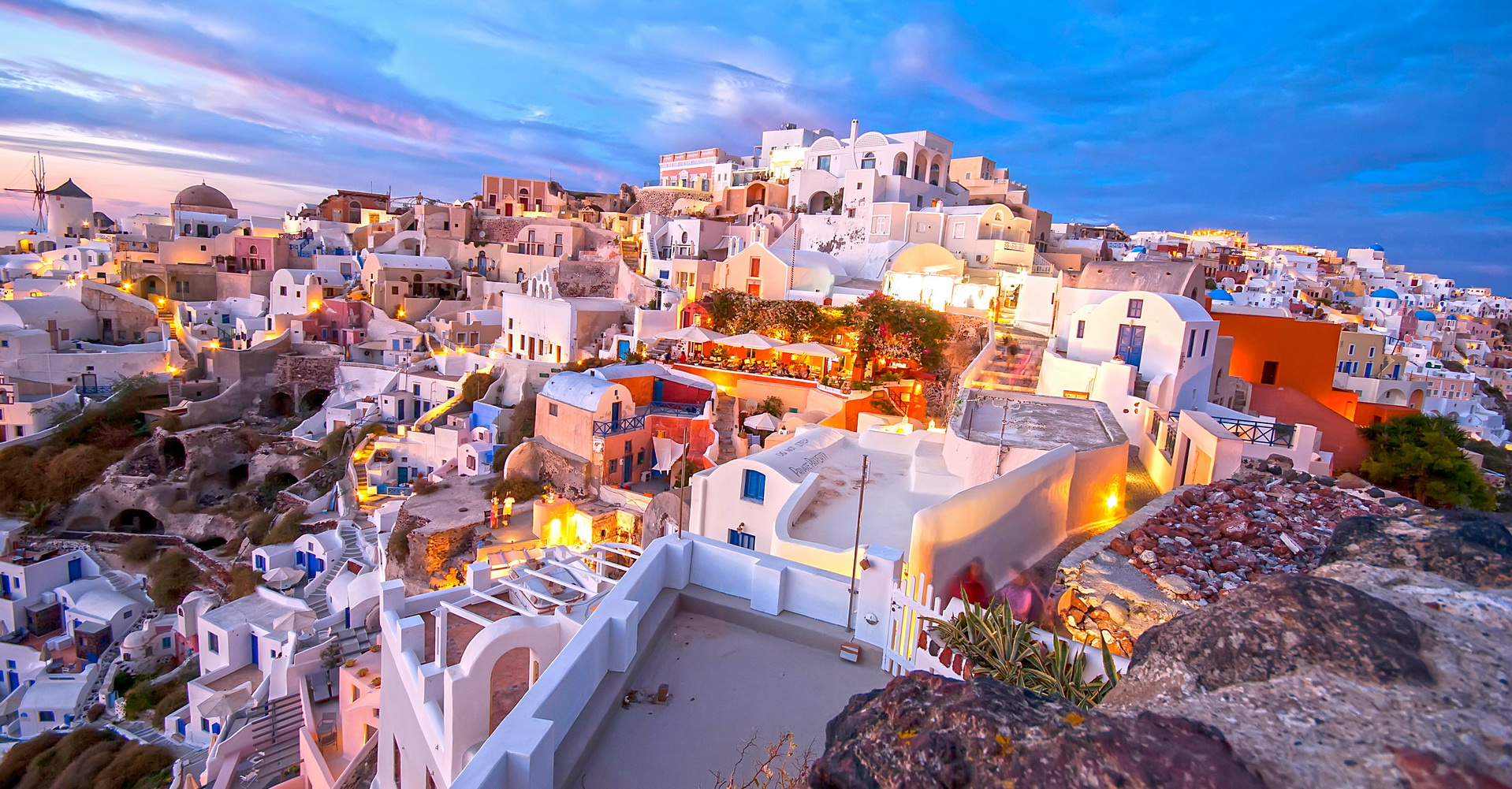 PANORAMIC TOUR OF THE ISLAND

Departure from the hotel accompanied by your guide.

First stop at the monastery of Profitis Ilias, constructed on the higher place of the island. Then the bus will take you through the traditional village of Megalohori and Santorini.

The guide will fill you in on the history of this Minoan settlement which was a very important place on the antiquity
The tour continues to Emborio, a charming little village with its small colorful alleys and windmills.
Next stop will be at the beach of Perivolos for a 2 hour pause.
The tour ends wit a visit to Pyrgos Village.
After Pyrgos, return to the hotel.

TOUR OF THE ISLAND ON THE SUNSET

Departure from the hotel, accompanied by your guide. Departure from the hotel, accompanied by your guide.

First stop at the old church of Panagia Episkopi. Then you will visit Mesa Gonia a phantom village where you will be served a small aperitif with some traditional meze. The tour continues towards the village of Pyrgos.

On the way to Oia stop in the village of Imerovigli in order to admire the breath taking view of the caldera and Skaros, a huge rock with the remains of a very important ancient castle.

Final stop will be Oia in order to enjoy the world famous sunset of Santorini.
Finally return to the hotel.

This walking tour explores the fascinating natural and cultural history of the volcanic island of Santorini. The program is a series of excursions, which usually are far "off the beaten tracks", with focus on Santorini's outstanding, text-book quality volcanic and geologic features, as well as its natural beauty and cultural history.

Your tour guide will be a volcanologist with first-hand knowledge and competence of the island.

Ancient Thera was the ancient capital of Santorini. 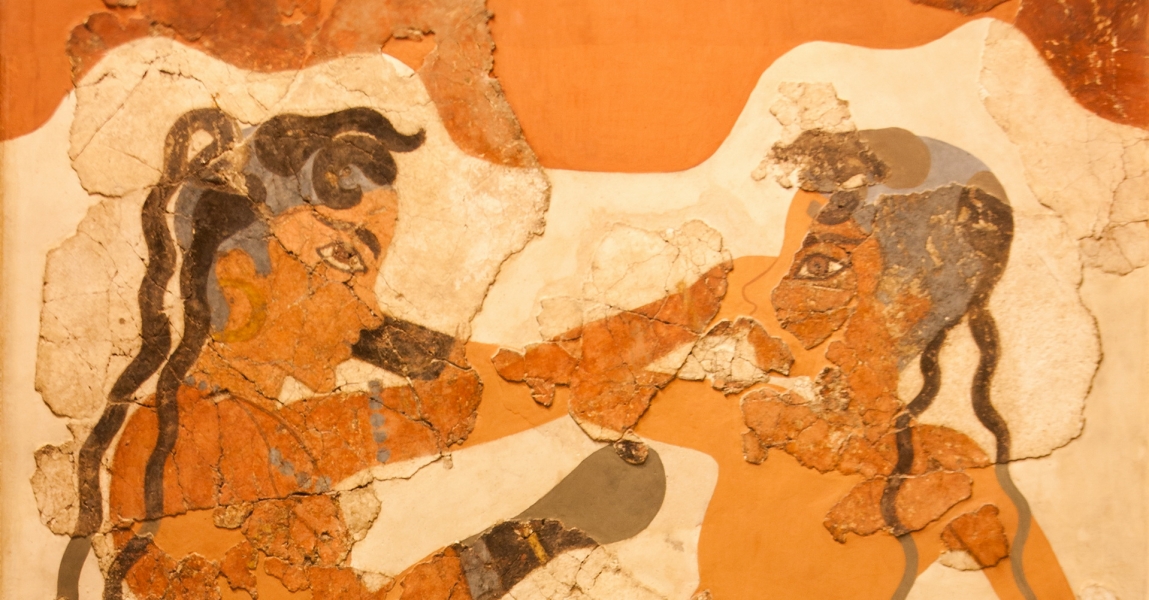 Ancient Thera was the ancient capital of Santorini.
For specialists on human sciences, a combine visit of Akrotiri and ancient Thera could be a very helpful way to realize, through human expression, the passage from prehistoric to ancient Greek civilizations.... The huge phallus dominating the entrance of Apollo temple in ancient Thira, comparing to the religious image of naked men in Akrotiri but also the jewellery, lipstick, make up and colorful dresses of women, is a visual testimony of all those changes did happened in people’s mind, about explaining the birth gift of Nature and the image of our creator.

After the visit to the archaeological site, on to Fira for lunch in a local tavern.

The Museum of Prehistoric Thira is our next visit.
It houses finds from the excavations at Akrotiri, conducted under the auspices of the Archaeological Society at Athens, the earlier excavations at Potamos made by members of the German Archaeological Institute at Athens, and rescue excavations at various other sites on the island, which were carried out by the 21st Ephorate of Antiquities for the Cyclades and Samos. Also on display are other objects discovered fortuitously or handed over.

A tour through time not to be missed!