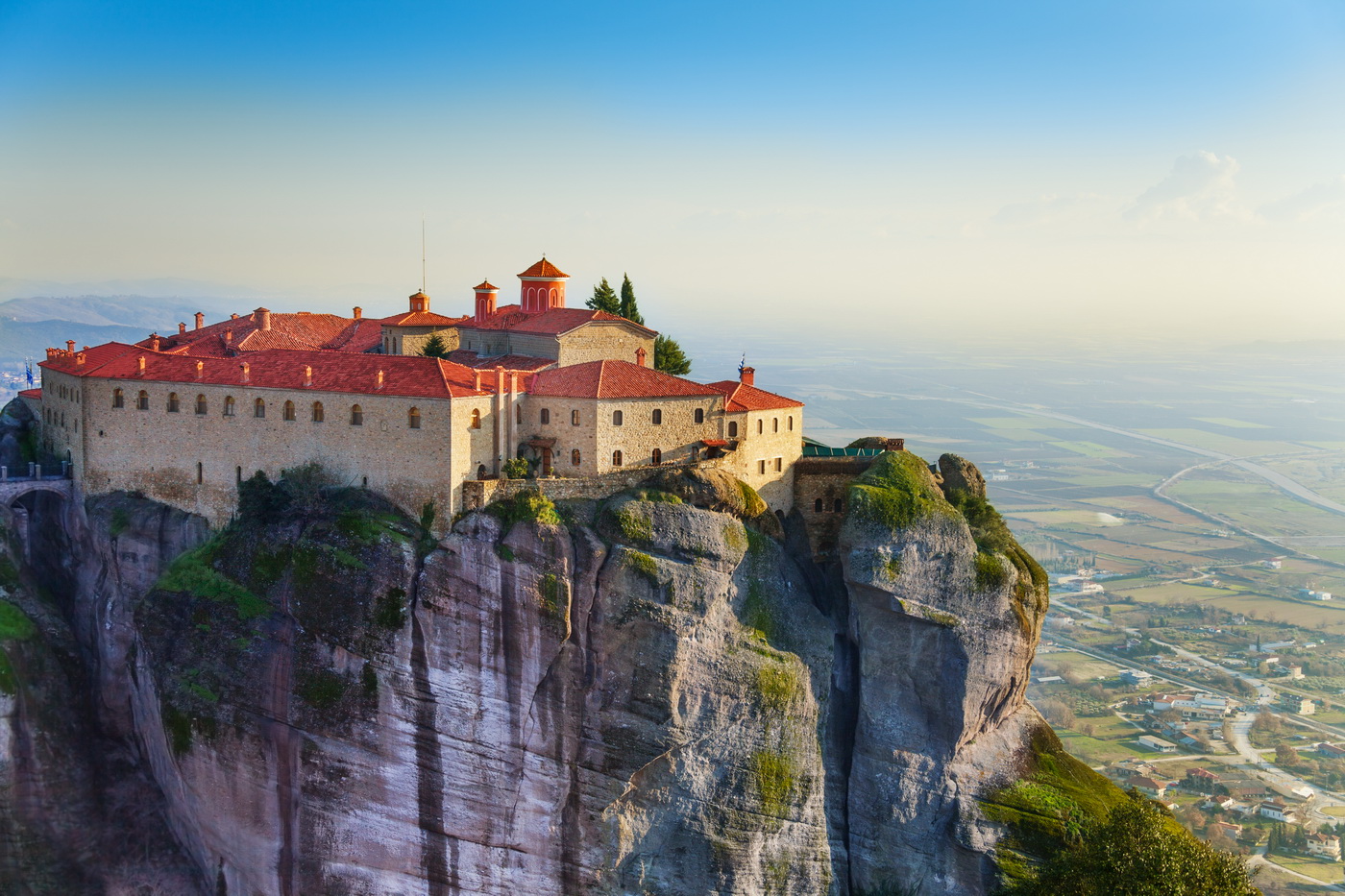 In the end of the III century, the Roman Empire was separated in two parts. The separation was final in the year 395, when emperor Theodosius the 1st died. The Eastern Part of the empire latter called the Byzantine Empire prospered for a thousand years until 1453 when its capital Constantinople was occupied by the Ottoman empire.

The appellation Byzantine comes from the name Byzantium, the ancient name of the city that Emperor Constantine choose to make his capital. Combining multiple diverse heritages the Byzantine empire became a brilliant prosperous and refined civilization which marked the history and progression of all the region but as well of Western Europe.

The Byzantine Empire was a Christian state which defined certain Dogmas of the Christian Religion. Until the Schism of the 2 churches in 1054 the Religion of the State was the Universal Christianism. After the Schism, since the Eastern Empire retained the rules and preaching of the original Church was called the Orthodox church.

Bellow you can find a list of the most important sites of the Byzantine empire in Greece. We are at your disposal to propose to you a tailor made package in order for you to visit the sites that interest you more.

Athens (Attica) :
From the 10th till the 12th century A.C. the Byzantine empire was experiencing a new golden age of prosperity and growth. And Athens was filled with many small charming churches with wonderful frescoes and admirable mosaics. Most of those churches are located in the old area of Athens Plaka.

Athens also has today the Byzantine and Christian Museum one should not neglect to visit it is one of the most important Byzantine museums in Greece since it hosts an amazing collection from the late antiquities till the years after the byzantine period. . It is organized in 2 main units.

One for the yeas of the Byzantine Period and one for the years after the byzantine period (from 1453 till the XXe century). The museum hosts more than 25.000 items. Sculptures, Icons, Frescos, pottery, tissues, manuscripts and mosaics, coming all over the region.

Kessariani (Attica) :
Hidden within a forest area on the foot of Mount Hymettos this charming little Byzantine Monastery a small jewel of Byzantine art. Build in the 10th century, its buildings are half-intact and there is a wonderful small garden present with many amazing plants, flowers and full of birds. In the interior one can find amazing frescos from the 16th and 17th century. Apart from the beautiful colors and techniques one can observe through them the monk’s every day life in the 17th century

Daphni (Attica) : The site is temporarily closed and not open for visits during the restoration of the damage done by the big earthquakes a few years back.

Geraki (Peloponnesus) :
The region of Geraki constitutes a wonderful example of the religious fervor of Byzantine times with its 20 small churches covered in vivid frescos and mosaics. This churches date from the 11th and 12th century. Thy are closed to the public but can be opened for groups with advanced notice. The most important ones are the ones of Agios Sozodos, Agios Athanassios, Agia Paraskevi and Taksiarchon.

Mystras (Peloponnesus) :
Here on this sloppy hill lies one of the most impressing sites of the Byzantine period. This is a site that has been characterized as a world heritage site by UNESCO. Mystras the Byzantine capital of Morias (Peloponnesus). Even in its present ruined state the city is so impressive with its churches, palaces and fortifications as well as its bustling vegetation that it is sure that this visit will be one to remember.

Ioannina (Epirus) :
Capital of Epirus, the city of Ioannina was founded in the 6th century A.C. by the emperor Justinian the 1st. He names the city after Saint John (Ioannis in Greek). The city is full of monasteries (Agios Panteleimonas, Aghios Ioannis Prodromos et Filanthropini), and a plethora of post Byzantium art is located on the small island in the center of the lake Mavili. There is also a Byzantine museum in the city, exhibiting numerous items, sculptures and icons.