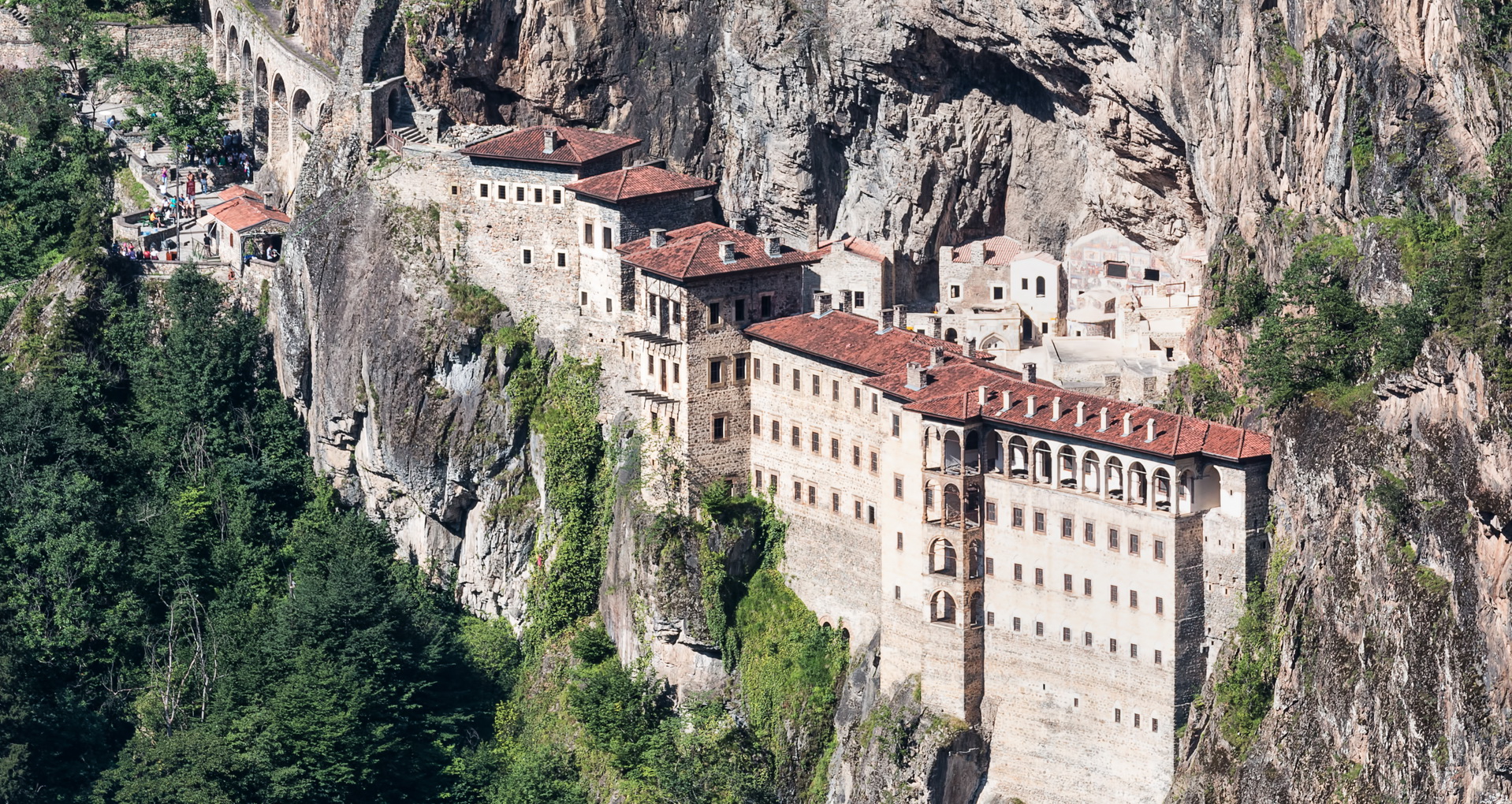 TOUR OF THE GREEK ORTHODOX CHURCH

Official religion of Greece The Greek Orthodx church assembles 97% of the population of the country. Since the church and the state are not fully seperated yet, you will find a representation of the church in all major events

The Orthodox church participated actively in the struggle of independence in the 19th century as well as the war against the German occupation of world war II.

It goes without saying that religion plays an important role in every day’s lie here in Greece and one only needs to participate in one of the big religion festivals that take place allover the country.

There are many monasteries and churches worth visiting in Greece and here bellow we have made a small list of interesting places for you to visit.

We are at your disposal to propose to you a tailor made program in order for you to visit all the places that interest you.

Monastery of Aghios Nektarios (Aegina – Saronic Golf)
This monastery is dedicated to the Saint Patron of the island, Nektarios Kefalas. He founded the monastery in 1904. After his death his remains stayed in the monastery and are visited each year by the believers. A very big church, one of the biggest in Greece was later constructed on top of the monastery.

Monastery of Mega Spileo (Peloponnesus)
This monastery is constructed on top of a mountain hanging over the cliff. In the interior one can visit a cave from which the monastery takes its name, where in the 8th century they discovered a miraculous icon of the Virgin Mary.

Church of Agia Theodora (Peloponnesus)
The Miraculous church. It was constructed on top of the tomb of Saint Theodora. According to legend the saint told the villagers : Make my body a church, my blood a river and my hair a forest. The villagers constructed the church and then changed the flow of the river so it passed under the church and planted a forest around the church.

Monastery Of Panagia Elona (Peloponnesus)
Sacred monastery dating from the 15th century. It hosts a historical icon (1 out of 70 icons of The evangelist Luc) and an incredible temple sculpted out of wood.

Panagia Kremasti (Peloponnesus)
The name of the monastery comes from the legend that in the 18th century a villager found the icon of the virgin Mary in a cave floating in the air. The monastery was constructed on the outside of the cave.

Panagia Kremasti (Rhodes)
The sacred icon was originally from Cyprus. After the destruction of the Monastery by the Ottoman it was lost. A few years later a fisherman, while out on the sea fishing perceived a bright light coming from the hills of Tsambika. When he went to investigate what happened he found the sacred Icon. A church was built on that spot and is famous today for performing miracles on bare woman who desire a child.

Monastery Panagia Soumela (Macedonia)
It takes its name froe the monastery of Panagia Soumela of Pontos in the black sea, and was founded by the refugees that came form that area. The sacred Icon was painted by Saint Luke the Evangelist.

Monastery of Panagia Hozoviotissa (Amorgos - Cyclades)
This monastery dating from the 9th century was host to a miraculous Icon of the Virgin Mary who was taken from Palestine by a woman in order to protect it from the Iconoclasts. In 1088 the emperor Alexis Komninos enlarged considerably the monastery.

Monastery of Kipoura (Cephalonia)
This monastery is built upon a cliff hanging over the sea in the peninsula of Paliki. The first church of the monastery was built in 1797.

The church of Ekatontapyliani (Paros-Cyclades)
It is a PaleoChristian monument one of the most important ones in Greece. It was constructed in the 4th century B.C. and according to legend like the Aghia Sophia in Constantinople had 100 doors.