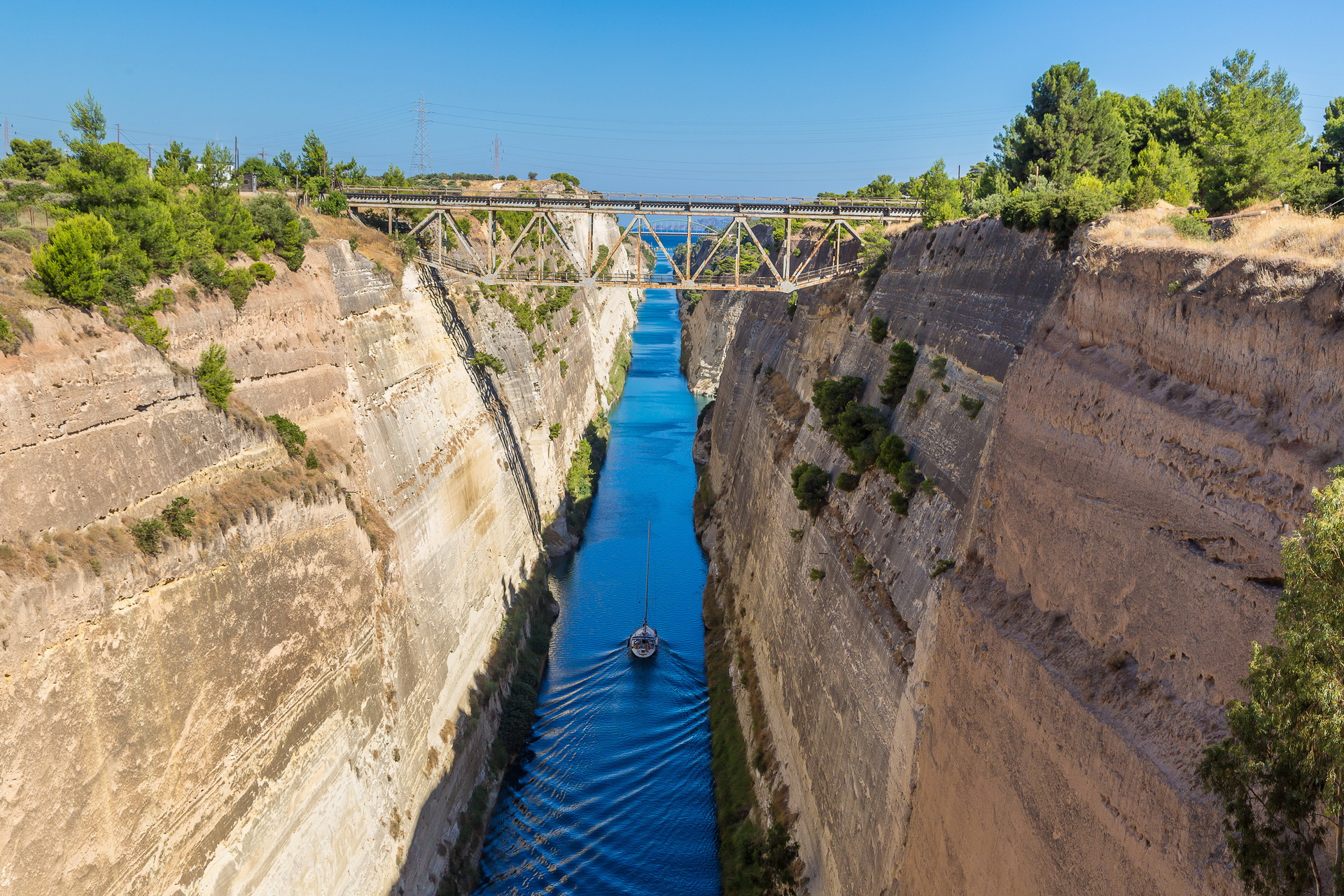 Half Day 08:45-14:00
The Canal of Corinth opened at the end of the 19th Century to connect the Ionian with the Aegean sea. Ancient Corinth was a great naval power and of strategic importance. At the same time it became a cultural centre which you will see when visiting some of the archaeological sites. Later, it was invaded by the Knights of Malta and afterwards was passed on to the Venetians.

We visit the Temple of Apollo, the huge Ancient Agora, the Bema where St. Paul preached as well as the Odeon. The Archaeological Museum of Corinth contains objets found in prehistoric sites of the region.